Around the Arctic Circle, people see green auroras almost every night. It's nothing to write home about. Blue auroras, on the other hand, are very unusual. That's why this photo taken on Oct. 26th by Oliver Wright in Abisko, Sweden, is so remarkable: 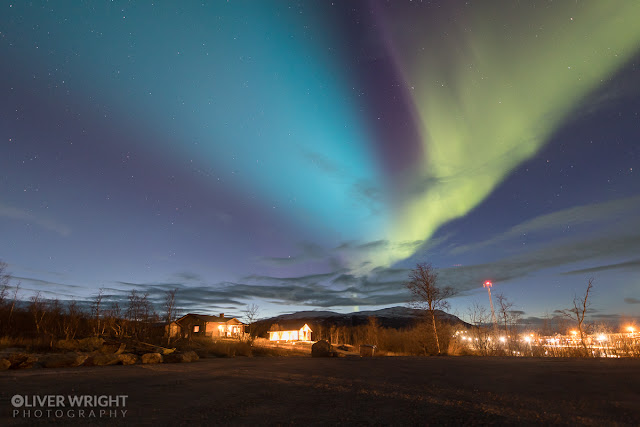 "It was totally blue," says Wright, a veteran aurora tour guide who has witnessed hundreds of geomagnetic storms. "I've never seen anything quite like it!" In Tromso, Norway, Daniel Drelciuc saw it, too--"a big blue mass next to the classic green aurora," he says.

In auroras, blue is a sign of nitrogen. Energetic particles striking ionized molecular nitrogen (N2+) at very high altitudes can produce a cold azure glow, most often seen during intense geomagnetic storms. On Oct. 26th, however, geomagnetic activity was not intense.

Maybe these weren't auroras, after all. Another theory is emerging for the blue apparition. On Oct. 26th, the Russian military staged a nuclear battle drill and test-launched a number of ballistic missiles from land, sea and air. At least one of them created a magnificent cloud of blue exhaust. Alexey Yakovlev photographed the display from Strezhevoy, Russia: 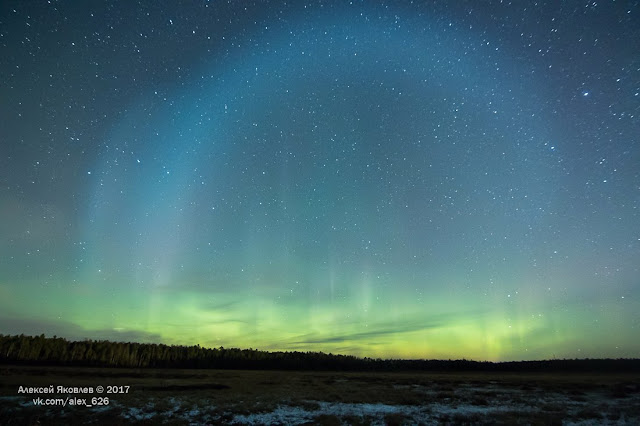 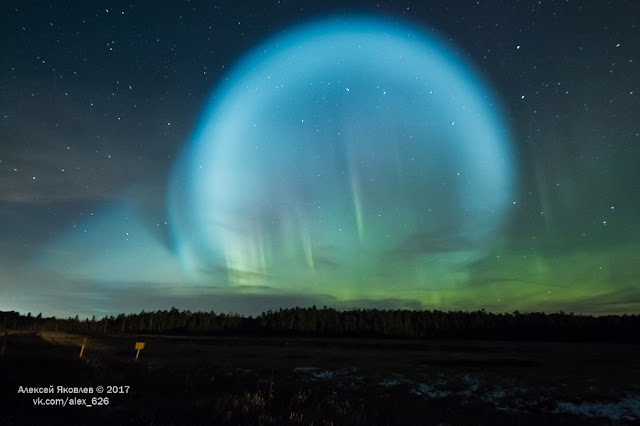 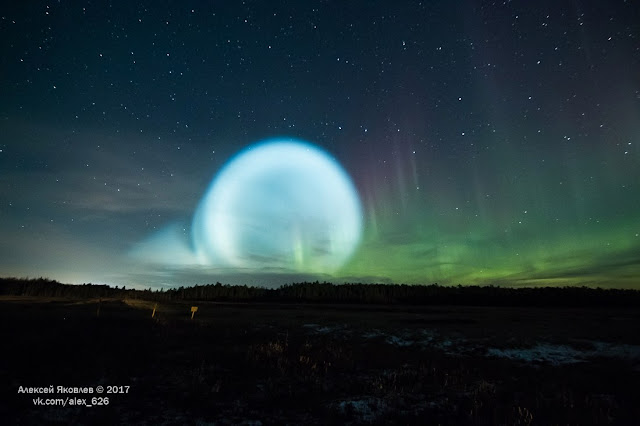 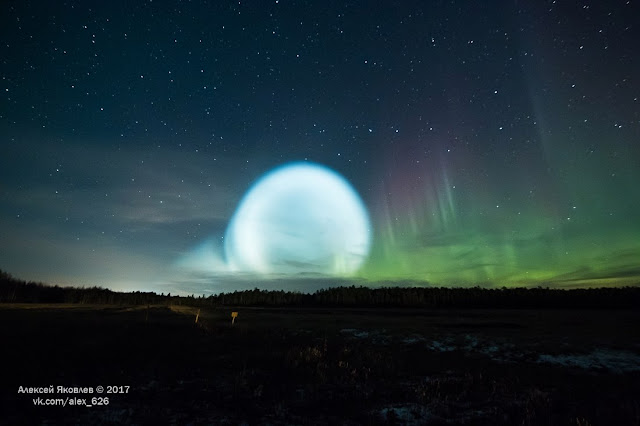 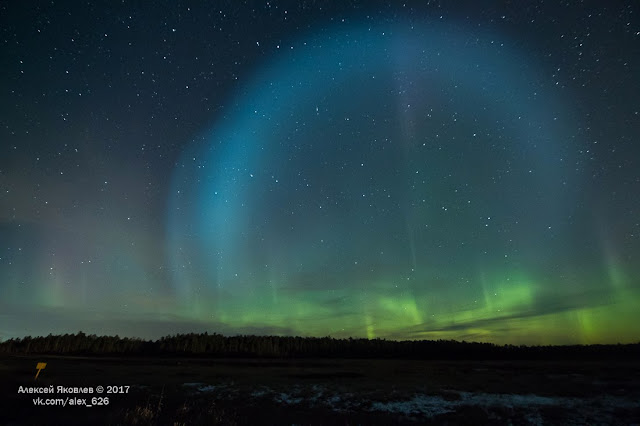 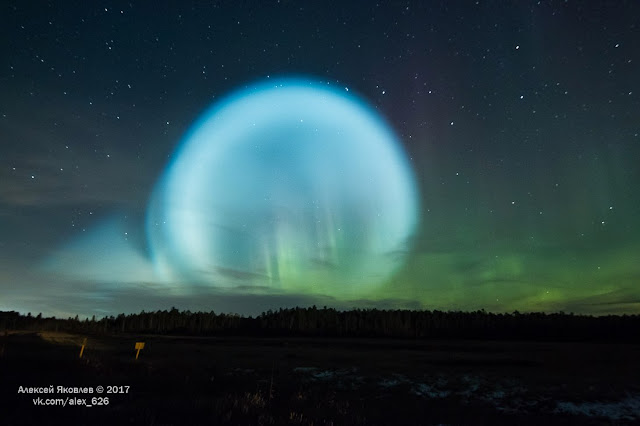 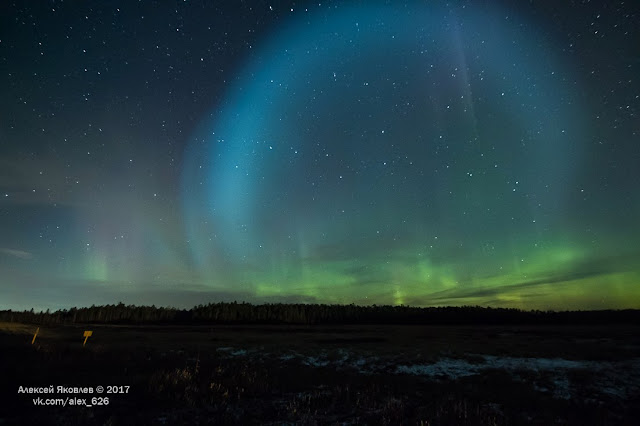 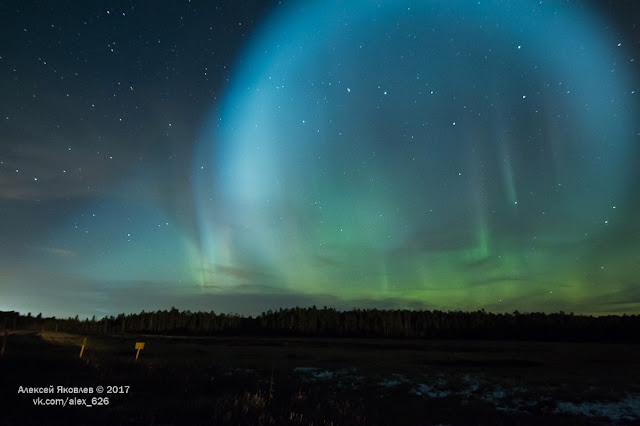 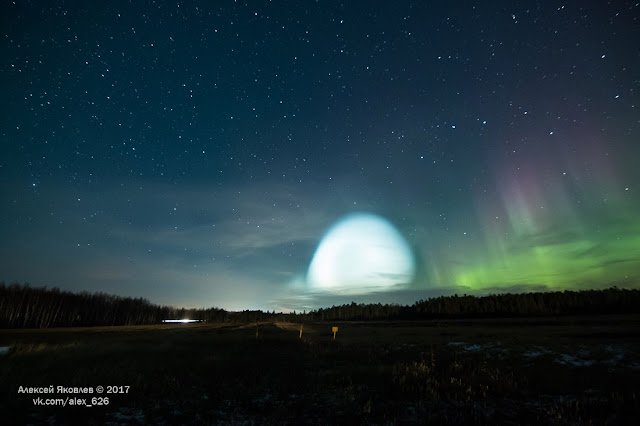 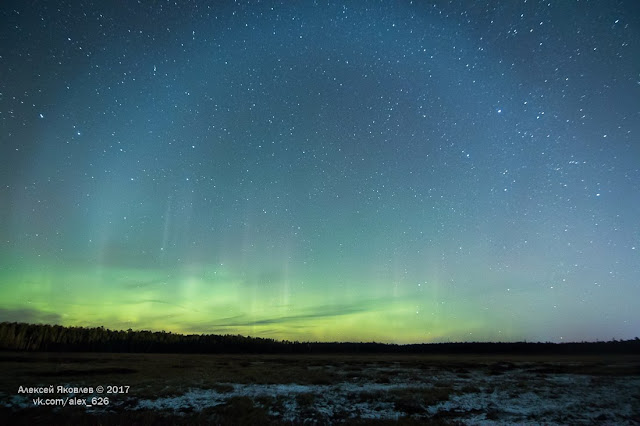 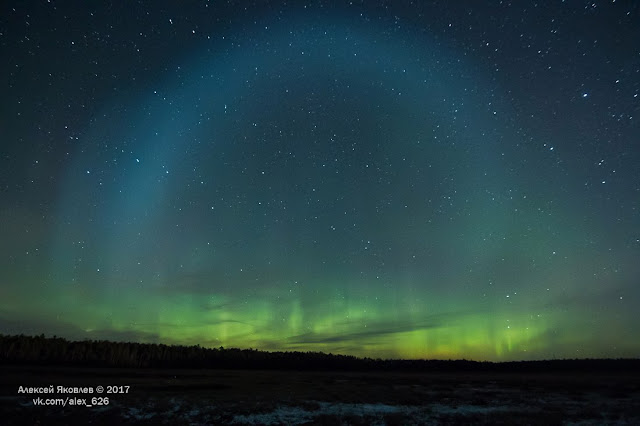 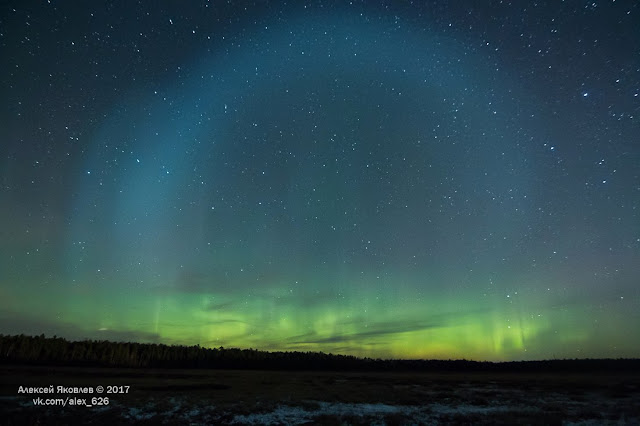 His photo looks so strange, you might think it is Photoshopped. It's real. A sequence of images on Yakovlev's Russian language social media page shows the cloud expanding naturally into the atmosphere.
The instigating missile may have been a Topol ICBM reportedly launched from the Plesetsk space center 800 km north of Moscow toward the Kura test range in Kamchatka. The flight path is about right for a sighting by Yakovlev. Moreover, when Russia test-launched the same type of missile last month, some sky watchers reported unusual clouds then, too.
Perhaps high altitude winds blew some of this blue exhaust west, visually mixing with geomagnetic auroras over Scandinavia. Wright notes that the blue and green lights were indeed moving independently, as if they came from different sources. "I'm leaning toward the rocket explanation," he says.
Posted by esplaobs at 10/28/2017 07:47:00 AM