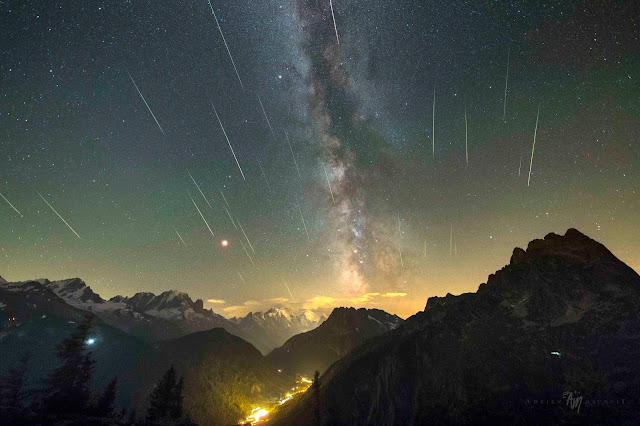 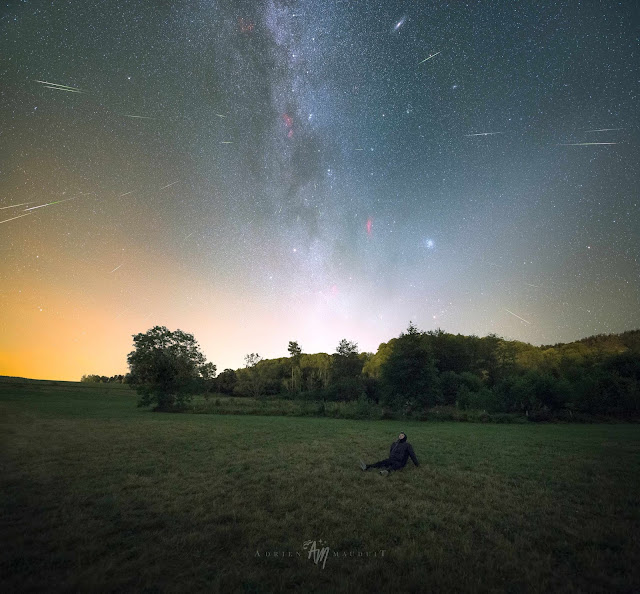 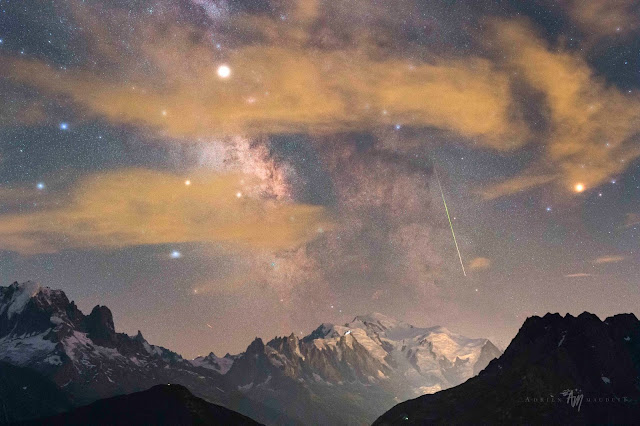 In this series of pictures I went to the Swiss Alps (Emosson, Valais) to get shots of the Perseid meteor shower peak on Aug 12-13th and was not disappointed. In one blended picture you can see the meteors shooting out from the radiant in the hours of dawn (Zodiacal lights visible to the right of the picture as well as Andromeda, Triangulum galaxies, Pleides, Hyades, California nebula...). In the second shot it was looking due south and around 1:00 am on the 13th, with the milky way passing over Mont Blanc and some airglow. In the third picture (close up), see the milky way is playing hide and seek with the clouds and give an awesome atmosphere over Europes highest mountain, especially with a bright green meteor at its side!
The first shot: For the sky I stacked 20 pictures in nebulosity 4 to reduce noise and increase details in the sky. Then I went through a series of about 225 images from a timelapse (coming soon), and taken out the meteors and placed them back where they belonged in the stacked sky. The foreground was taken last and added afterwards in Ps.
Canon 6D modded + Sigma 14mm f1.8 Art
Sky: 20 images at f2.5, 15, ISO 6400
Meteors: 35 images at f2.5, 15, ISO 6400
Foreground: single shot at at f2.5, 40, ISO 3200

Second shot: For the pictures I used a Canon 6D modded + Sigma 14mm f1.8. I chose a single shot (12’’, ISO 6400, f2.2) approximately half way through the sequence, and compiled all the meteors from all the frames of the sequence (259) into this frame, trying to be as close as possible to reality (size untouched, placement according to their relative position in the sky…). I used 26 frames for the meteors, where some contain up to two!