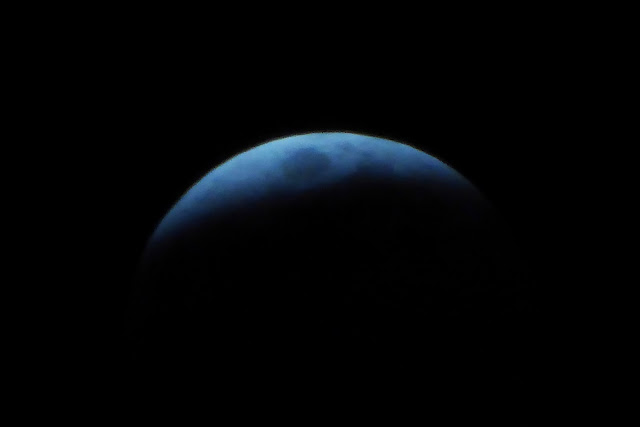 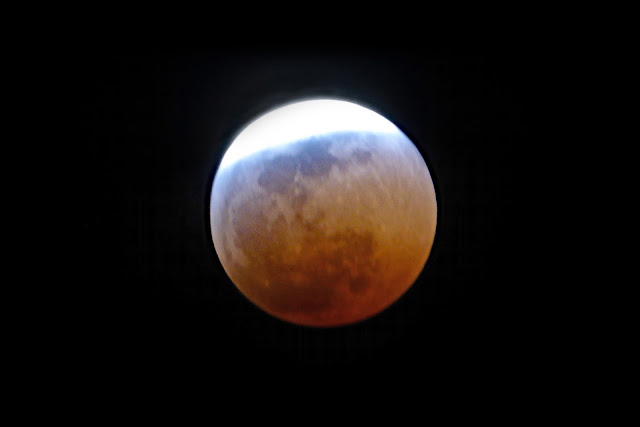 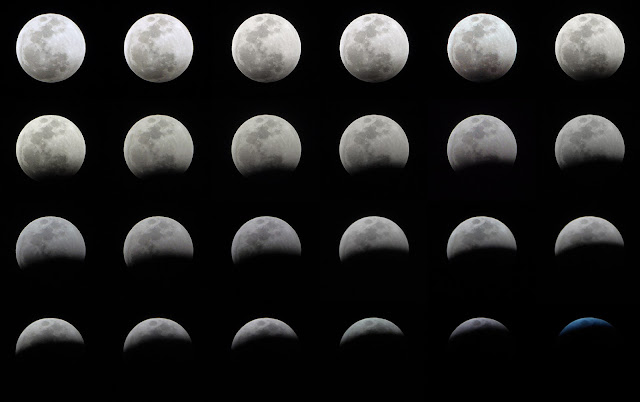 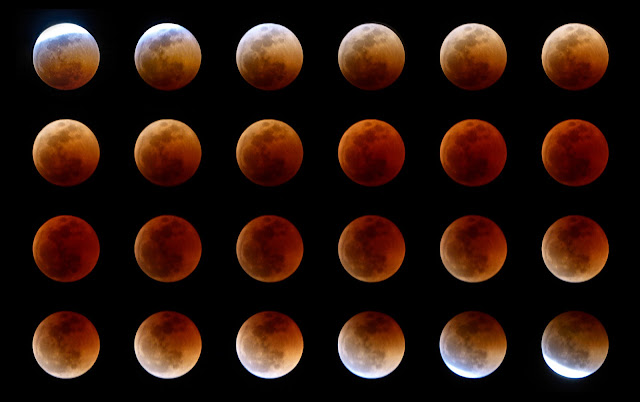 The two 24 frame time-lapse mosaics show the entire total phase of the Lunar Eclipse between 21.21 & 23.21 LT and the approaching partial phase between 20.11 & 21.20 LT as recorded from Mutare on Friday 27 July 2018. The time interval between frames for the total phase is 5 minutes and that for the partial phase is 3 minutes. The total phase mosaic captures the colorful Chinese Lantern with Blue Ozone Fringe effects as the Earth’s Umbra encroached and retreated from the edge of the Moon and the beautiful orange and then deeper red Blood Moon during totality. The partial phase mosaic captures the Moon from when it was still shining very bright just before the Earth’s Umbra began to cast a shadow until it had been almost completely covered. The last frame (lower right) shows the bright Blue Ozone Fringe described in my post id-146694 on 29 July.
Posted by esplaobs at 8/01/2018 10:13:00 AM