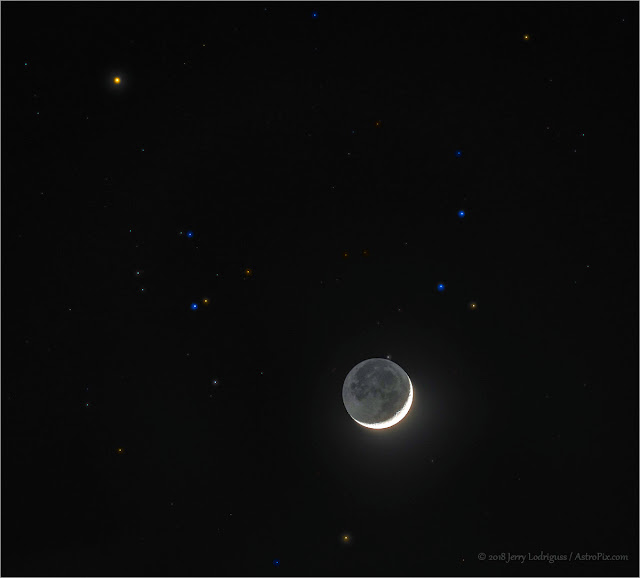 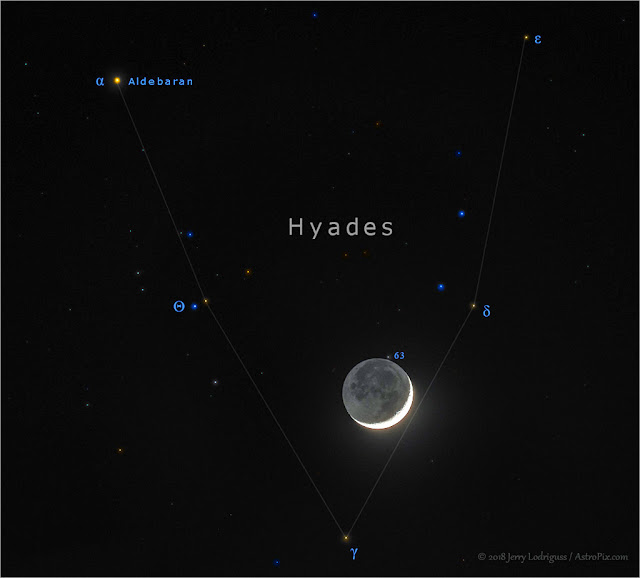 Have you seen the Moon lately? On April 18, its waxing sunlit crescent moved through planet Earth's night across a background of stars in the Hyades. Anchored by bright star Aldebaran, the nearby, V-shaped star cluster and complete lunar orb appear in this telephoto image. The engaging skyview is actually digitally composed from a series of varying exposures. Recorded in 1/60th of a second, the shortest in the series captures the Moon's bright crescent in sharp detail. Longer exposures, ranging up to 15 seconds, capture fainter background stars as well as earthshine, visible to the eye as the earthlit lunar night side.
Posted by esplaobs at 4/20/2018 09:45:00 AM