HUBBLE CAPTURES NEW VIEWS OF MARS AND SATURN NEAR OPPOSITION 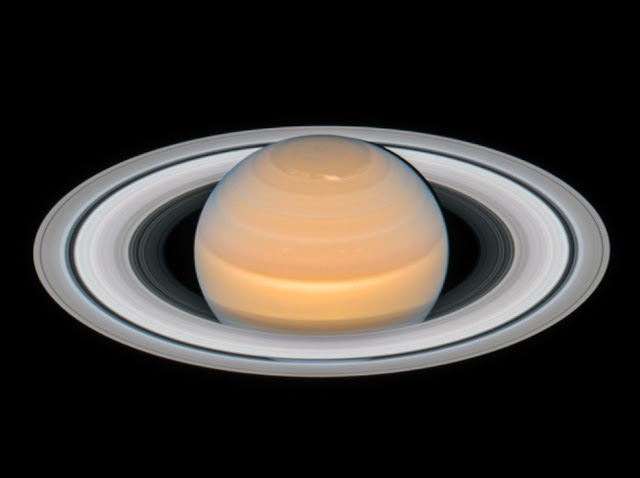 Saturn, as viewed by the Hubble Space Telescope on 6 June. Image: NASA, ESA, A. Simon (GSFC) and the OPAL Team, and J. DePasquale (STScI); Mars: NASA, ESA, and STScI

The Hubble Space Telescope has captured stunning new views of Mars and Saturn in June and July. Hubble captured Mars on 18 July when the red planet was at a distance of 59.4 million kilometres (36.9 million miles) from Earth. The image clearly shows the on-going global dust storm that is obscuring the surface. Mars reaches opposition, lined up with Earth and the Sun, on July 27 and will reach its point of closest approach to Earth on July 31, providing the best view of the red planet since 2003. Saturn was imaged on June 6 when the ringed world was about 2.2 billion kilometres (1.4 billion miles) from Earth. Saturn reached opposition on 27 June. 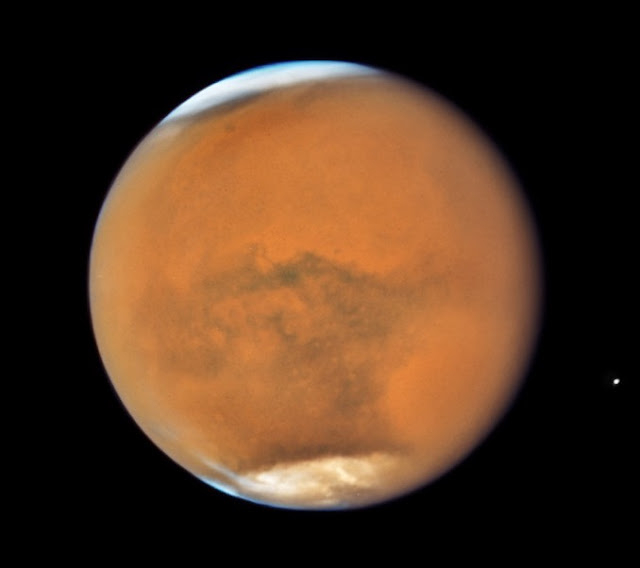