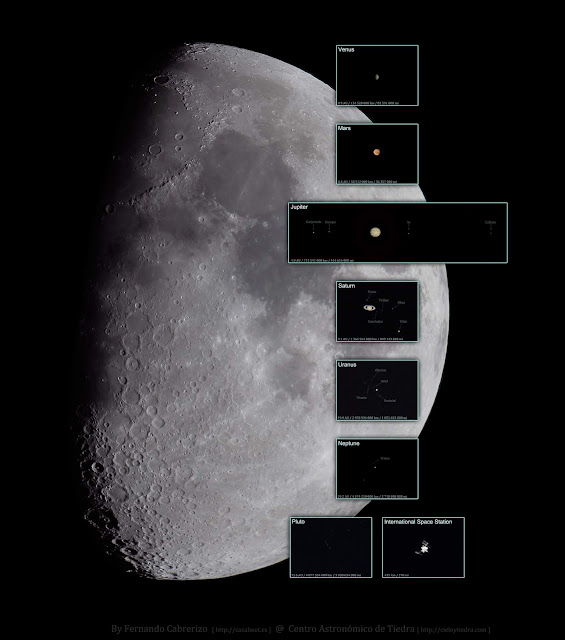 Taken on the same night, from the same place, with the same telescope and camera, these postcards from our Solar System are shown at the same scale to provide an interesting comparison of apparent sizes. Spanning about half a degree in planet Earth's sky, the Moon is a stitched mosaic of six images. The others are the result of digitally stacked frames or simple single exposures, with the real distances to the objects indicated along the bottom of each insert. Most of the Solar System's planets with their brighter moons, and Pluto were captured during the telescopic expedition, but elusive Mercury was missed because of clouds near the horizon. The International Space Station was successfully hunted, though. The night was July 21st. Telescope and camera were located at the Centro Astronomico de Tiedra Observatory in Spain.
Posted by esplaobs at 7/28/2018 08:21:00 AM