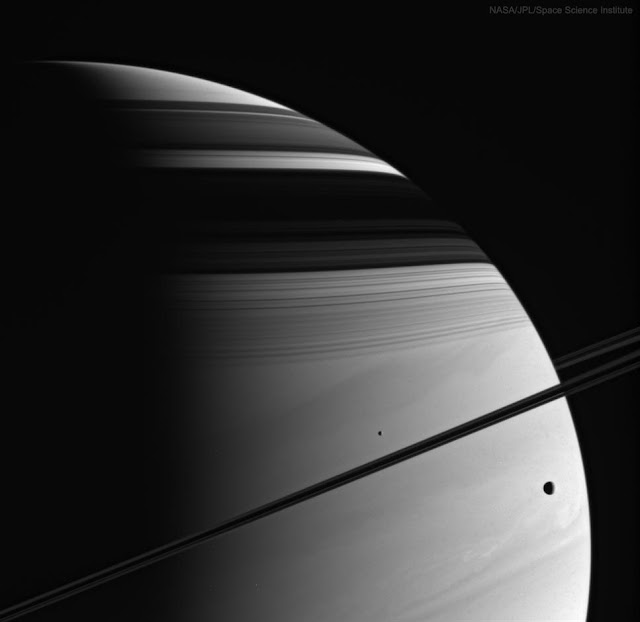 While cruising around Saturn, be on the lookout for picturesque juxtapositions of moons, rings, and shadows. One quite picturesque arrangement occurred in 2005 and was captured by the then Saturn-orbiting Cassini spacecraft. In the featured image, moons Tethys and Mimas are visible on either side of Saturn's thin rings, which are seen nearly edge-on. Across the top of Saturn are dark shadows of the wide rings, exhibiting their impressive complexity. The violet-light image brings up the texture of the backdrop: Saturn's clouds. Cassini orbited Saturn from 2004 until September of last year, when the robotic spacecraft was directed to dive into Saturn to keep it from contaminating any moons.
Posted by esplaobs at 4/02/2018 10:23:00 PM