Last month, a big sunspot named "AR2738" crossed the face of the sun, emitting loud shortwave radio bursts and threatening to flare. It's back. The sunspot is returning to view following a 2-week trip around the backside of the sun. Per tradition, it has been re-numbered AR2740 for its second trip across the solar disk. 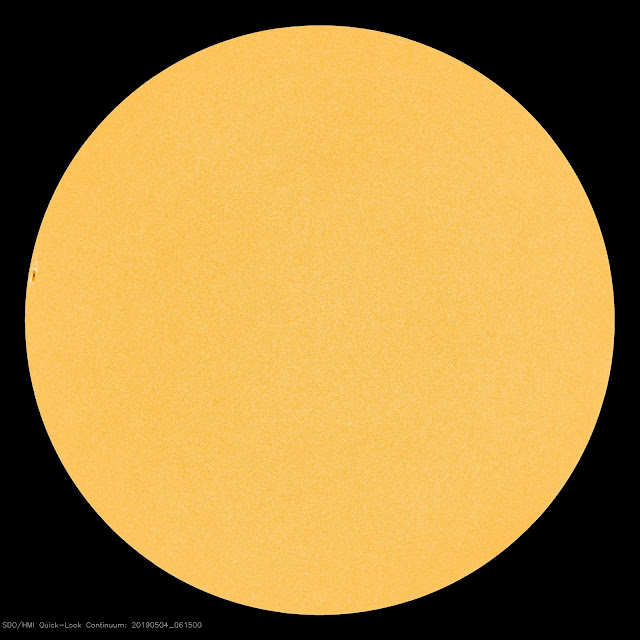 The returning sunspot announced itself on May 3rd (2331 UT) with a C1-class solar flare and a CME (coronal mass ejection). This movie from NASA's Solar Dynamics Observatory shows the eruption:

The CME is not heading for Earth. The sunspot was pointed almost 90 degrees away from our planet at the time of the explosion. Future CMEs might be more geoeffective. AR2740 is turning toward Earth for a more direct line of fire in the days ahead.
Posted by esplaobs at 5/04/2019 08:28:00 AM