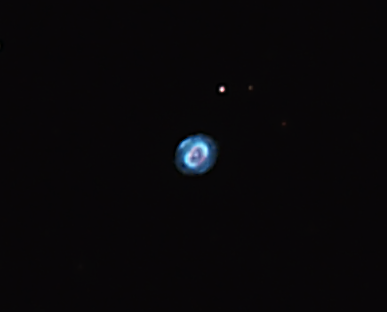 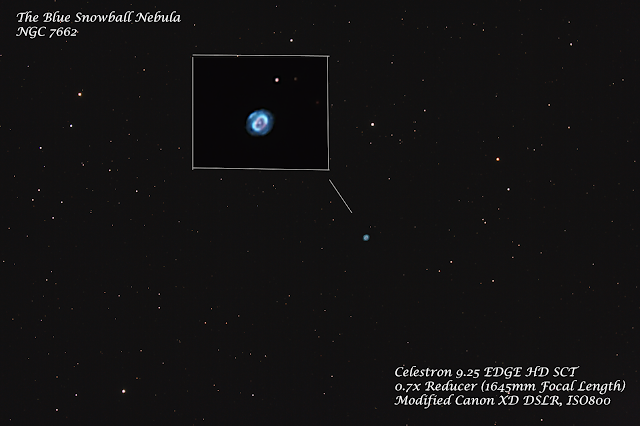 NGC 7662, The Blue Snowball Nebula. There is another deep sky gem in the constellation Andromeda in addition to its famous spiral galaxy. This tiny planetary nebula, whose exact distance is somewhere between 2000-6000 light years, appears to have the color of the planet Uranus and has a size similar to the diameter of Jupiter. The central star which has evolved towards white dwarf star status has a temperature of 135,000 F. I used a Celestron EDGE HD 9.25 equipped with a Celestron 0.7x reducer and a modified Canon XS DSLR, ISO800 to record this image. A stack of 50x15second exposures was calibrated and processed using ImagesPlus and PS5.
Posted by esplaobs at 11/30/2019 10:36:00 AM