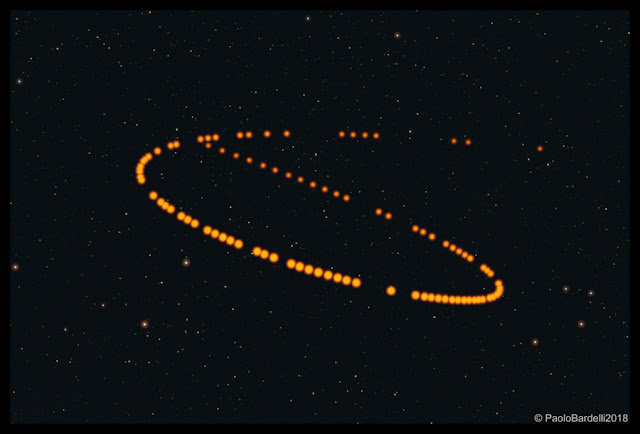 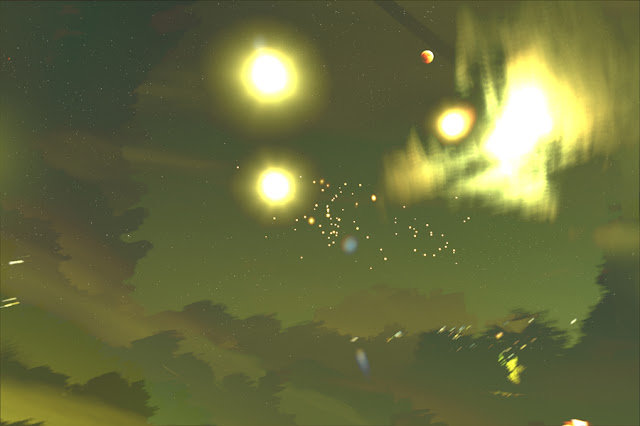 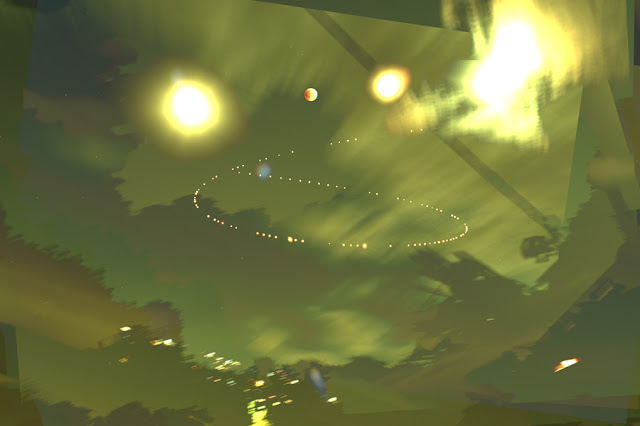 The sky of northern Italy is certainly not amazing, although this can still be done with interesting works. For example, follow the tracks of the Planets. This year Mars gave a show, on July 27 it became even brighter than the Moon in eclipse! The apparent path of Mars when approaching our Planet is particular, for a matter of perspective its motion is sometimes direct, sometimes it is retrograde, sometimes it is stationary. It happens for all the outer Planets, but Mars is closer to the earth and this movement can be noticed in shorter times. This year, Mars has traveled a beautiful ring, and ended today! Unfortunately, this evening the sky is covered, sin! I photographed the Red Planet every possible evening from May 1 until yesterday and I have not finished yet. May was unfortunately very cloudy and rainy, little could be done. Even in the other months the low clouds have created problems ... For this reason I decided to make 10 shots every time (10x10 seconds, 1000 ISO, f / 5.6), to add photos and record images with all possible Stars. Sum of 94 images, background taken from 2 sequences of 100 shots in different evenings. I used a Canon 60Da SLR with 50mm lens on a Star-tracker (Vixen Polarie). Processing: IRIS, Startrails, Photoshop CC.
Posted by esplaobs at 10/06/2018 07:13:00 AM