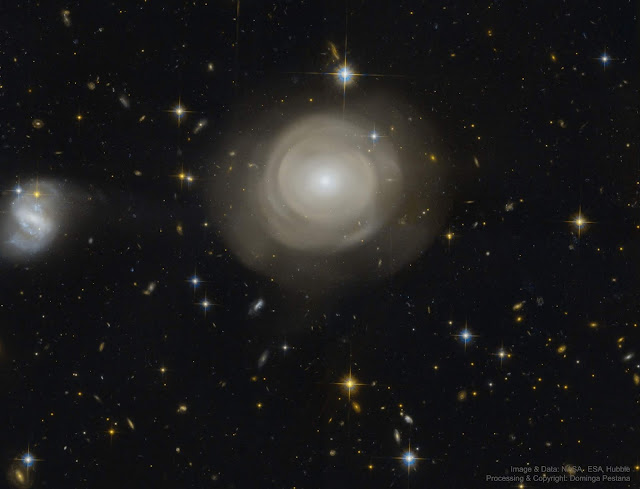 Explanation: How do galaxies grow? To help find out, the Hubble Space Telescope was deployed to image the unusual elliptical galaxy PGC 42871. How this galaxy came to be surrounded by numerous shells of stars may give clues about how it evolved. Embedded in the diffuse shells are massive globular clusters of stars -- stars which analyses show were born during three different epochs. This and other data indicate that PGC 42871 has been in at least two galactic collisions, at least one of which might have been with a former spiral galaxy. The remaining spiral galaxy on the far left is at the same distance as PGC 42871 and may have been involved in some of the collisions. PGC 42871 spans about 20 thousand light years and lies about 270 million light years away toward the constellation of Centaurus.
Posted by esplaobs at 10/29/2018 07:50:00 PM